All good things come in three - Nakamura is king again 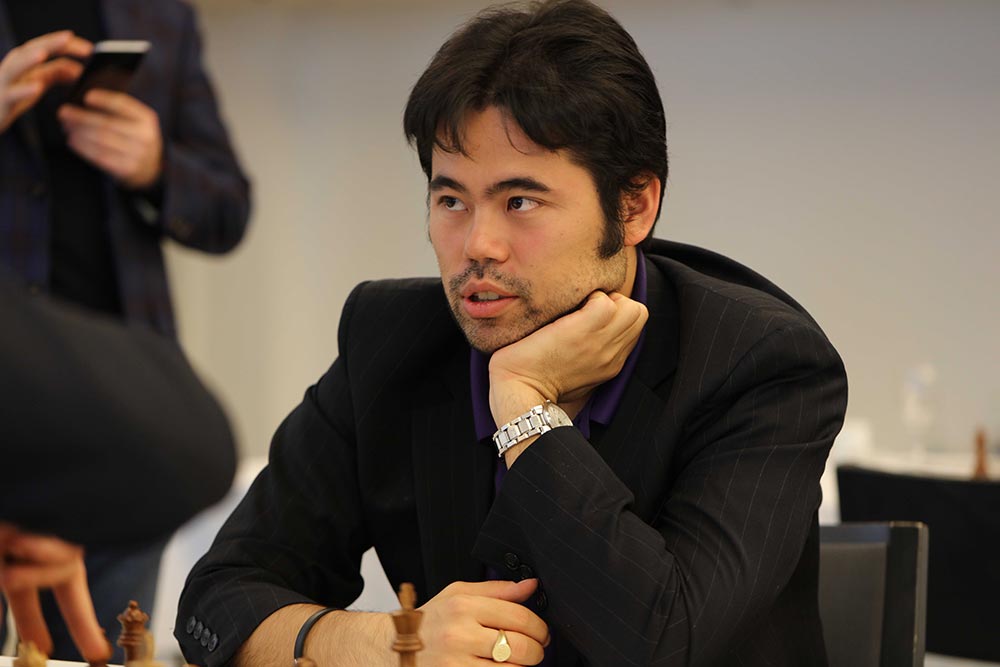 The winner of 2015 and 2016 is also on top in 2017 again - on the final day, the American Hikaru Nakamura again showed his outstanding class and won the Blitz tournament half a point ahead of the Indian Viswanathan Anand and a full point ahead of Ian Nepomniachtchi, who had shared first place with Naka after the Classical.

The question on who would be the overall winner was essentially decided after four rounds, when Nakamura had already shaken off the rest of the field by a full point, as he only drew once against Svidler. In round 5, the leaders clashed, but Nepomniachtchi never had any chances to win this game and eventually was happy to share the point. So with two rounds to go, it all seemed to be settled, but then Nakamura drew against Gelfand while Nepo beat Pelletier and all of a sudden the margin had closed to half a point only, so if Nakamura lost against Anand (with black) in the final round and Nepomniachtchi beat Oparin, the Russian would have won the tournament. But Naka had no desire to make any presents and quickly led his game against the former Indian World Champion to a draw, when it became clear that he had the better Sonneborn-Berger regardless how Nepomniachtchi's game ended. In the end, Nepomniachtchi even lost and thus came in second with a full point behind of Nakamura. Anand finshed third with 13,5 followed by Svidler, Kramnik, Gelfand, Oparin and Pelletier.

We will publish the games, photos and videos soon, so stay tuned.