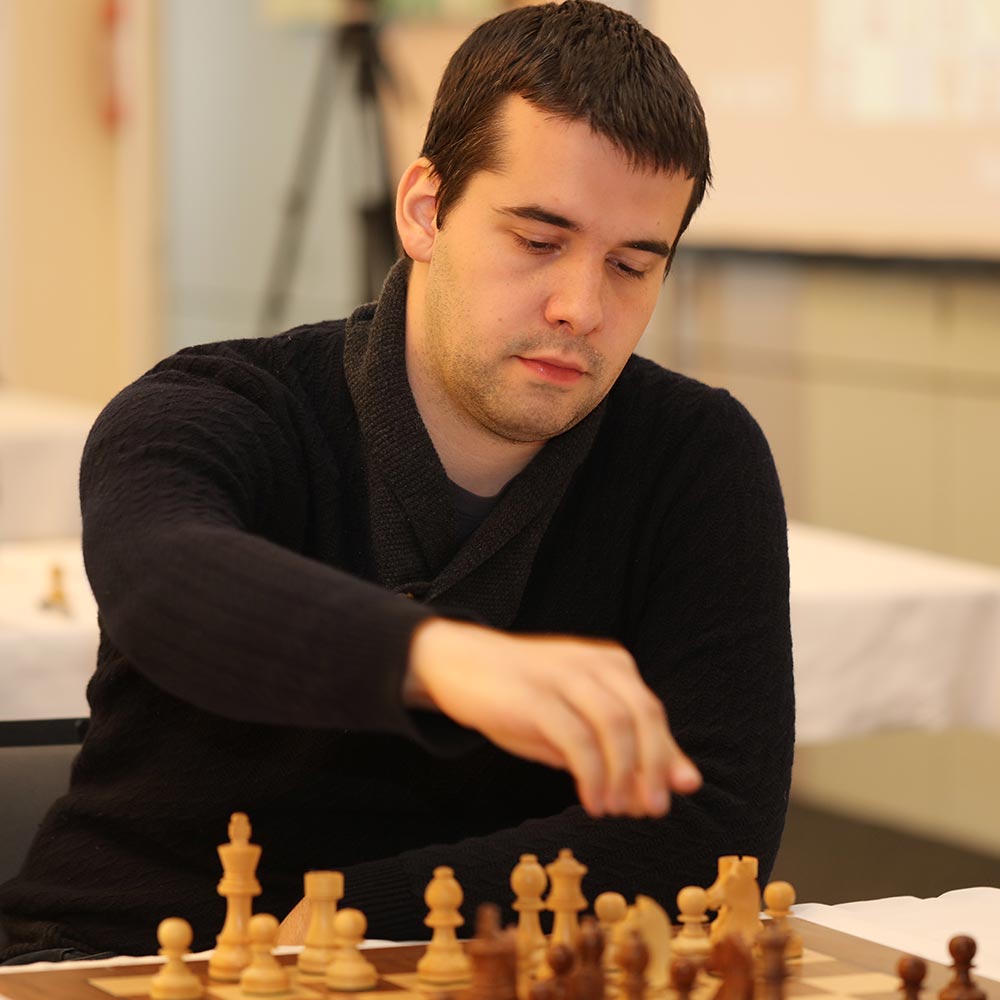 The 4th round of the KZCC definitely belonged to the Russian player Ian Nepomniachtchi who showed another example of his outstanding talent and creativty. His unfortunate victim, Boris Gelfand, employed his favorite Najdorf variation of the Sicilian which promised a real fight and that's how it turned out. For some time, both players tried to improve the position of their pieced to prepare them for the decisive clash, but just as it seemed that Gelfand would prepare an attack on the white king, it was Nepomniachtchi who used the lines opened by Gelfand to start an assault on the Israeli's monarch and with a few moves, Gelfand faced inevitable mate and had to resign.

Anand - Oparin began as a highly theoretical Spanisch Opening that saw both players manoeuvring behind their lines for many moves and thus improving their position. But then Oparin decided to open lines on the queenside for active play, but this turned out to be a boomerang as the Indian used these lines to intrude the Russian's camp with his queen which eventually cost Oparin two pawns and forced him to resign.

Svidler - Pelletier saw a quiet Réti Opening that led the game to a long and high level positional battle without any tactical clashes. For some time it would seem that Svidler got a small advantage that he would be able to convert due to his ELO advantage of more than 200 points, but Pelletier defended well and went into an ending with a temporary pawn deficit, but active pieces that eventually forced Svidler to repeat moves.

The longest game of  today's morning round was Kramnik - Nakamura where the Russian again showed his new love for appearantly quiet queen's pawn openings. This time, he even employed the Colle System, which is a very rare guest on top level tournaments due to its reputation of being rather drawish. But Kramnik wouldn't be Kramnik if he didn't manage to squeeze some play out of the position and soon exerted serious pressure on Nakamura's position. Later, Kramnik sacrificed a pawn to increase his influence over the dark squares and almost got a winning position, but after the erroneous 44.Qa5 (instead of 44.Qa7!), Nakamura managed to slip out into an ending with queen's and minor piece that proved impossible to win.