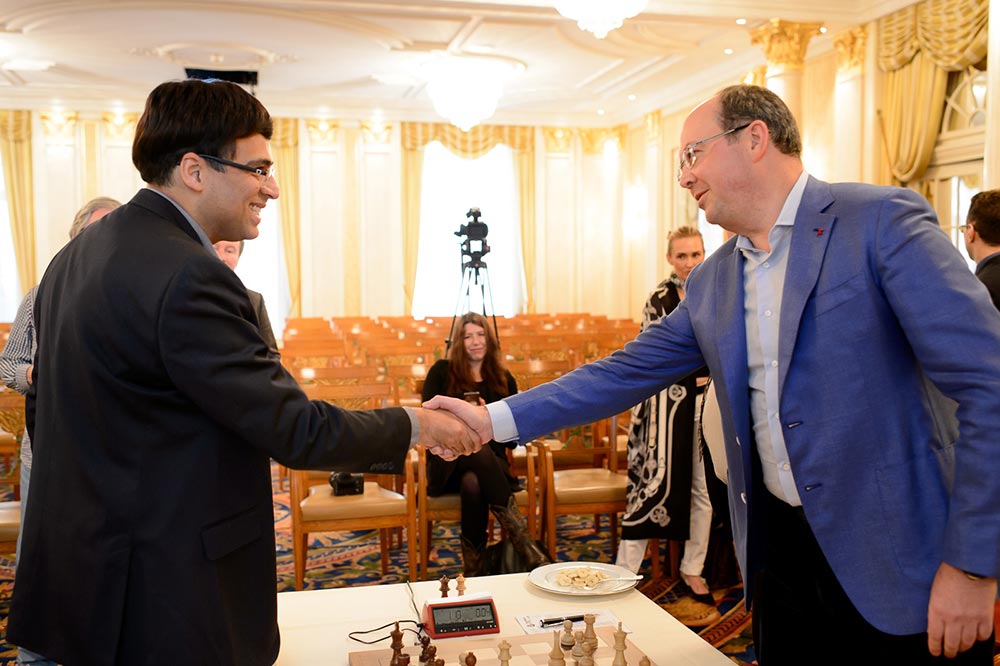 The 2017 Kortchnoi Zurich Chess Challenge began today with an impressive performance by the former World Champion Viswanathan Anand, who sacrificed his queen for just two pawns in the traditional exhibition match against main sponsor Oleg Skvortsov.

Skvortsov, who despite having retired from active chess due to his professional obligations is well known for his strong and aggressive play, began the rapid game with an unknown sideline of the Italien Opening that at first appeared to be a little awkward for white - black gained the bishop pair and went ahead in development, but white had strong counterplay connected to his annoying pawn on g7. Anand, however, kept his cool and sacrificed at first a knight and a few moves later an entire queen for a very strong attack that was almost impossible to parry, escpecially over the board and with limited time. It is amazing that Anand's sacrifice even held up against the computer's analysis - even with the best play Skvortsov would have had to fight desperately for a draw. However, under time pressure the Russian faltered and missed the strong defensive resource 19.Qg7 that would have allowed white to stay in the game. After 19.Bg5, however, white was already lost and Anand converted his positional advantage in a very impressive manner.